We are thrilled to announce the successful launch of our £1bn Global Sustainable Equity Fund, with initial investment from four of our Partner Funds. For more information, please see https://www.lgpscentral.co.uk/category/news/

Our very own Easter bunny, Sam Woodward, delivered a selection of goodies to the children’s ward at New Cross Hospital based in Wolverhampton this afternoon, for those that will be spending the bank holiday in hospital. #community

We are pleased to announce the release of our Net Zero Statement. Full version available on our website. https://www.lgpscentral.co.uk/category/news/ #netzero #pensions #climate #lowcarboneconomy

RESILIENCE | At P&I WorldPensionSummit we asked three leaders what this term, heard so frequently in the pandemic, means to them and their area of expertise. Hear from Mike Weston, LGPS Central Limited, John Reade, World Gold Council, Evelien Vlastuin MSc…https://lnkd.in/g89uUQdV

The 2020 US election is over now.  The contest was much closer than the polls had indicated as no emphatic Blue Wave materialised for the Democrats, and the Republican vote held up better than expected.

Despite this, Biden has prevailed and won the Presidency.  While the House of Representatives will be controlled by the Democrats, the Senate looks likely to remain under Republican control, barring a major surprise in the run-off race in Georgia set for early January.  What are the implications for the markets?

Heading into the vote, investors were concerned that a Democratic clean sweep would embolden the Left of the party to push for more extreme policies.  This would essentially mean higher taxes across the board (payroll, capital gains, estate and corporate) and a broad stimulus plan with a heavy environmental focus.

However, with the Senate likely to be controlled by the Republicans, policy change will be limited to what Biden can achieve through executive order.   In this case, it is going to be more challenging for Biden to push through such an ambitious agenda and actions are likely to be far more measured.

Impact on the markets

The stock market has initially welcomed these developments.  The potential for a period of political gridlock, essentially a continuation of the status quo, is regarded as positive.  Tax rises are not expected to be overly punitive as a Republican Senate is expected to vote down any extreme moves.

Additionally, the potential for anti-trust action (pro competition regulation), an issue which has largely been in decline in the US over the last forty years, has been seen to have diminished.  This has given a further boost to leading technology shares.  While it is probable that the Democrats would have proved more willing to revive this policy, it could yet prove a mistake to rule out cross-party co-operation following the House Panel’s release of a bumper anti-trust report in early October.

Renewable energy companies initially came under some selling pressure as the likelihood of a split house increased and the potential for major climate reform declined.  While green stimulus may not quite meet prior expectations, and may now materialise later than expected, it will most likely represent a move in the right direction.  If Biden cannot push through a major green stimulus programme through the Senate, he will be able to provide investment incentives and regulatory rulings to generate investment within the sector.

Biden has promised to immediately re-join the Paris Agreement when he becomes President in a bid to combat global climate change and limit future temperature increases.  We do not consider this to be a purely symbolic move.  It could well prove to be the catalyst for further investment, and we believe that the outlook for sustainable companies with an ESG focus remains very positive.

Focus on the Fed

Jerome Powell will remain Chair of the Federal Reserve until 2022.  We would not expect significant change to monetary policy, whoever is selected as Chair from this date.  In line with prior guidance, US interest rates are likely to remain grounded until 2024 at the earliest.  It is, however, possible that Biden will push the Federal Reserve to take on a stricter approach with regard to banking regulation.

In a world of zero interest rates, where there is little significant rate differential between developed countries, the outlook for the dollar remains unclear.  Quantitative Easing is likely to remain a feature, not just in the US but globally, underpinning demand for gold as the Federal Reserve may act with greater conviction in its asset purchases in order to offset weaker than expected fiscal stimulus.

As long-term investors, LGPS Central Limited sees little merit in making any knee-jerk changes to portfolio construction following the election result.  Diversification across different asset classes and styles, through investing in best-in-class funds, ensures that we have the best chance of meeting our long-term objectives with a reduced level of overall portfolio risk in the process.

As we approach the end of what has been a most extraordinary and challenging year, we remain cautiously optimistic that the result of the election will portend improving fortunes for investors going forward.

This document has been produced by LGPS Central Limited and is intended solely for information purposes. Any opinions, forecasts or estimates herein constitute a judgement, as at the date of this report, that is subject to change without notice. It does not constitute an offer or an invitation by or on behalf of LGPS Central Limited to any person to buy or sell any security. Any reference to past performance is not a guide to the future.

The information and analysis contained in this publication have been compiled or arrived at from sources believed to be reliable but LGPS Central Limited does not make any representation as to their accuracy or completeness and does not accept any liability from loss arising from the use thereof. The opinions and conclusions expressed in this document are solely those of the author.

This document may not be produced, either in whole or part, without the written permission of LGPS Central Limited. 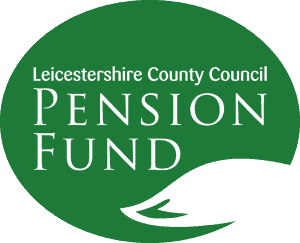